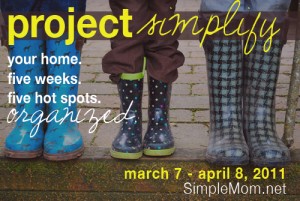 Whew! We’re over halfway done with Project Simplify and I will be honest that I am ready for it to be over!

It has been good to get a handle on some of my spaces that have gotten way out of control and unorganized over the past few months, but it is taking up so much of my time – to the point that other things, like regular cleaning, cooking, and blogging, have suffered. That’s why this post is a couple days late.

I am thankful for the progress I have made though. I just wasn’t prepared for how much work it would be.  I guess I was in a little bit of denial about how unorganized some areas around my home had become.

So, this week’s project was kids clothing and toys, another one that made my heart sink, but that I knew it was important to take care of.  My kids clothes had gotten way out of hand, as you will see in the before pictures.

Here are the before pictures (There’s a lot, but this is only half of their closet!): 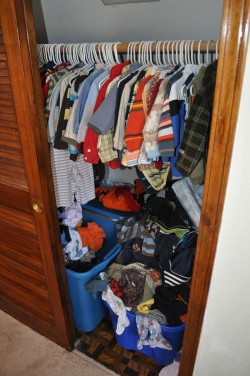 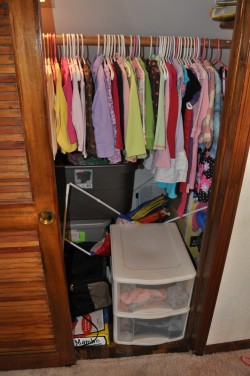 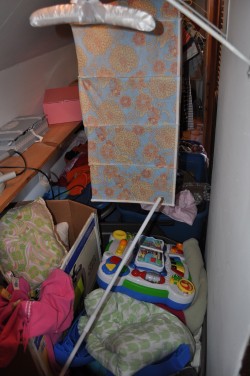 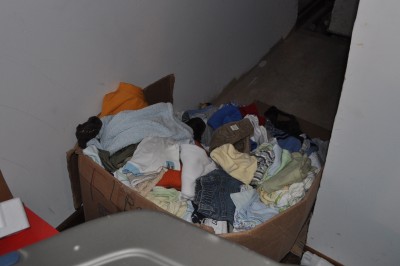 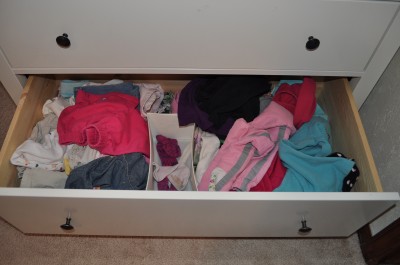 Here are the pros:

Sometime last year, I had started to go through the kids clothes and sort and organize, but somewhere along the way I got stuck, and left the project unfinished.  I had a falling apart box of giveaway clothes (the last picture) as well as totes of the kids clothes sorted by gender and size.  So, that’s what I started with.

Here’s what I did to complete my unfinished project:

So, here are the after pictures: 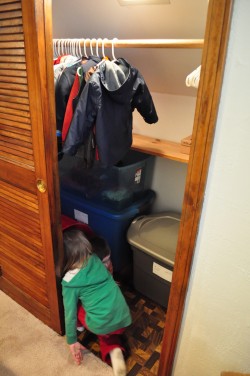 Since my kids can now see the floor, they thought it would be fun to put the tunnel through the closet!

I love Tsh’s idea of haning a lower rod so that the kids can reach their own clothes, we have been breaking lots of hangers latelyn when Kaelyn tries to pull her clothes off the hangers.  I’ll have to get hubs on that soon! 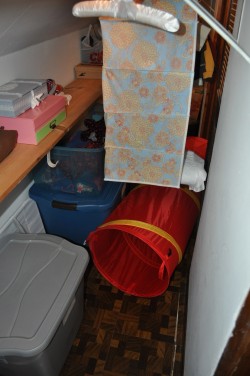 This used to be where the box of giveaway stuff was.  Because my kids like to play in the closet, I have to block the access to the crawl space behind the closet. 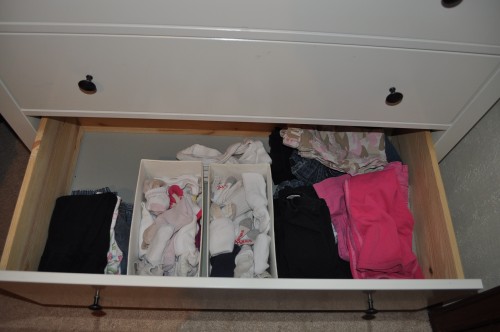 Yes, this is the “after” picture.  I told you this boy has a lot of clothes!  This is after pulling out the too small pants and washing and putting away the pants that are currently his size! I know I still have some more to sorting through to do!

And here’s the giveaway boxes:

That was a lot of work! But, the closet makes me happy to look at now, instead of overwhelmed!

As far as their toys, I had already recently gone through and picked out some to give away/garage sale. 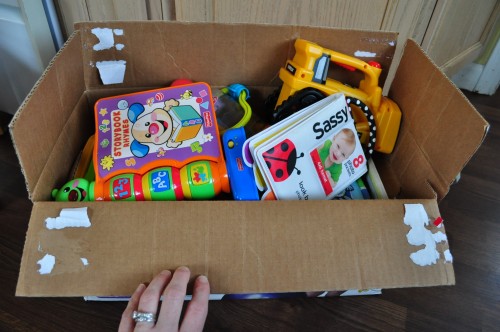 I’ve also been meaning to implement some kind of toy rotation for a while now, so this was good motivation for that.  Remember the empty file boxes from my paper decluttering last week?  I decided to use a box for each child and have them each choose toys that they’d like to put away for awhile, but I didn’t get as much done with the toys as I would have hoped, so I don’t have any before and after pictures.  Or I’m afraid my after pictures would look just the same as my before! 🙂

March is almost over, can you believe it! How is your green spring cleaning and organizing going?