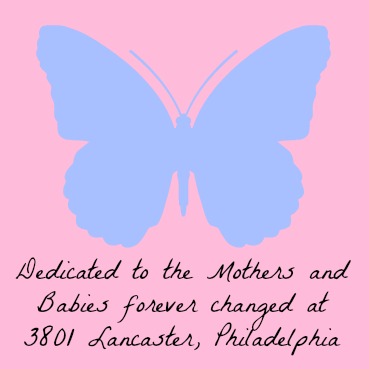 I didn’t want to write this post, and yet, as I was sitting on my couch last night watching a documentary and reading article after article, tears streaming down my face, I couldn’t stop at that. I couldn’t just move on, and go on writing here about things that seem so trivial in light of this horror.

It’s a loaded story, I know, and that’s why I didn’t want to write about it. The thoughts swirl through my head, but I never feel like they come out quite right on the page. And yet, my fingers started typing almost without my control, I couldn’t not write. I couldn’t not say the things on my heart and in my mind.

I couldn’t stay silent on this one. My stomach turns and my heart breaks for the babies. The precious little ones who were violently denied their right to live. And while that part of the story is definitely important, this is about so much more than just abortion.

Whether you’re pro-choice or pro-life, it doesn’t matter – what happened at the Women’s Medical Society, 3801 Lancaster, Philadelphia cannot be ignored. In fact, I think it’s more important for those who are pro-choice to be outraged by this story and demand changes.

Those of us who are pro-life  believe that abortion is killing a baby, and that babies feel pain, and that mothers are scarred, sometimes emotionally, sometimes physically, for life, and that many women who’ve had abortions can never carry a baby to term again, and that women die from abortions. We know these things, and that’s why we have been, and always will be, outraged and heart-broken by the act of abortion.

But to the pro-choice defenders – the one’s who claim women’s bodies and women’s rights – how can what happened to these women at this clinic be okay? Why wouldn’t those who believe in a woman’s right to choose to have an abortion, also expect that those who perform the abortion treat her and her body with dignity and respect?

Why shouldn’t a woman be able to chose to have a procedure done at a clinic that has been inspected by the state, that is safe, and clean, and where the employees are trained medical professionals? Why would a woman choose to be yelled at, stripped of her clothing, tied down forcibly, and not listened to when she decides that she has changed her mind? Where is her choice to not choose an abortion? Or at least to choose not to have an abortion at a place where she doesn’t feel safe?

And what about her choice later on in life? What if she chooses to have a baby at another time, but can’t because of long term effects of her abortion?

How is what took place at the Women’s Medical Society in any way, shape, or form upholding and honoring of a woman’s right and a woman’s body and a woman’s choice? How can those who cry that women’s rights are at the center of the abortion issue not be outraged by the treatment of those same women in that horrendous place?

But it goes beyond women’s rights too, what about race and class? What about civil rights? That white women were treated in a different and cleaner room than minority women. Where is the outrage?!

I thought the reason that we made abortion legal was so that atrocities like this wouldn’t happen. So there would be government regulations and oversight. So that women would be protected, not preyed upon.

So I urge you, if you are pro-choice, please grab ahold of this story and help bring to light the flagrant violation of these women’s rights. Yes, babies were killed at the Women’s Medical Society, but women also died, or were permanently affected by the procedures done to them. And countless others were robbed of their dignity and respect by a man who profited greatly from their circumstances.

Does a woman only have the right to chose an abortion, and then she surrenders all her other rights for clean, safe, fair and humane treatment?  Please speak out for all of the rights of women and their bodies, not just some of them.

And those of us who are pro-life, we will cry out in outrage for the babies. The ones who cannot speak for themselves. And maybe together, we can work to protect our women and children from these kinds of heinous acts and their cruel perpetrators.

From the Report to the Grand Jury:

“We think the reason no one acted is because the women in question were poor and of color, because the victims were infants without identities, and because the subject was the political football of abortion.” (Page 13)

We must not stay silent. We must act.

“Give justice to the poor and the orphan; uphold the rights of the oppressed and the destitute.  Rescue the poor and helpless; deliver them from the grasp of evil people.”  Psalm 82:3-4

If you are so inclined, I found, and signed, this non-partisan petition to President Obama and would encourage you to also.