I have watched The Story of Stuff video a few times, and every time I get something new out of it. It has greatly affected the way that I think about and relate to my stuff. 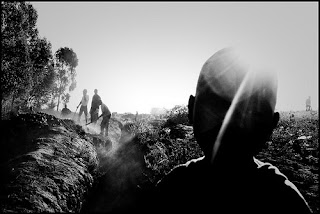 How does my stuff affect others?
Every time I watch this video, one specific thing sticks out to me, and sticks with me – the emphasis the video places on people.  Here are a few quotes from the video:

For those of you who haven’t watched the video (you should go watch it!), the system it is talking about is the process of extraction, production, distribution, consumption and disposal that our consumer goods go through – the way that our stuff is made and gets to us, is used and disposed of. The way the video describes this system treating people does not line up with my value system as a Christian.  I believe that everyone matters equally in the eye’s of God, that a person has value because they are created in the image of God, that those that don’t have or buy a lot of stuff (the poor) are specifically important to God, and that loving others should be second in my life only to loving God.

That last quote is the the one thing that has stuck with me the most since I first watched this video about a year ago.  It’s not just about the earth and the resources that are wasted by buying too much stuff, people are wasted by the stuff that I buy and use and consume.  If I am not conscious about the way that my stuff is made, how it gets to me, and where it goes when I’m done with it, my stuff wastes people.  People whose names I will never know, whose faces I will never see.  Wow, that is so hard for me to sit here and write and look at, but it is the truth.

I truly believe that as a follower of Christ, my mission in life is to love God and love others, to love my neighbor as myself (Matthew 22:37-39).  If my stuff wastes people, that is definitely not loving them. 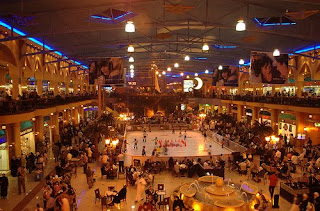 A Nation of Consumers
Another thing that stuck out to me, as I was watching the video again to write this post, were the quotes about our consumption as a nation.  Consider these quotes:

I do not want my identity, my value, my spiritual satisfaction, to be wrapped up in what I consume, to be wrapped up in my stuff.  If I do, I will never be satisfied. Christ has called me to be different than this world (Romans 12:2) and to find my identity and satisfaction in Him (Colossians 3:3-4).  I want to live in a way that is counter to this cultural expectation that I am my stuff, what I have, use, and consume.

I believe that the choices that I make on a day to day basis regarding my stuff have an impact far greater than what I know or understand.  In some ways this is really overwhelming because it feels like the problem is so great that I really can’t have an impact on it at all.  But, now that I know what I know, I don’t believe that I can just sit back and continue to make the same choices, to continue to keep consuming and consuming and not take into account the greater effects of my consumption.

As I said, this is a wake up call and a challenge for myself and our family to make changes in the choices that we make regarding our stuff.  We have been taking small steps over the last year or so, and have definitely made some positive moves in the right direction.  I’ll share some of these changes with you next week, as an encouragement for small steps that you can begin to take.  But, we still have a long ways to go.  This cultural pull to buy and have and consume stuff is SO strong, and so ingrained into the very being of who we are as people. It’s definitely hard to break away from. Through God’s power and grace, I am slowly breaking down the high place that stuff has held in my life.

What were you’re reactions to the Story of Stuff video?  Did you realize the effect that our stuff has not only on the world and it’s resources,  but on other people? That our stuff can waste people?  How does that change how you feel about your stuff?